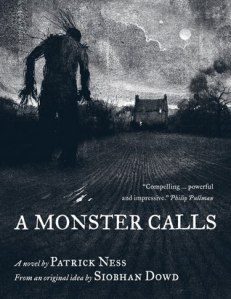 The monster showed up after midnight. As they do.

But it isn’t the monster Conor’s been expecting. He’s been expecting the one from his nightmare, the one he’s had nearly every night since his mother started her treatments, the one with the darkness and the wind and the screaming…

This monster is something different, though. Something ancient, something wild. And it wants the most dangerous thing of all from Conor.

It wants the truth.

Review of the Characters:

Conor– Little Conor captures your heart as you watch him struggle with a burden far too heavy for an adult, much less a child. Conor exists inside all of us, he’s the painful memories of our childhood, brought out to the light for everyone to see. Put simply, he was so human. His mother is struggling with cancer and as such emotions conflict within him, causing him to call the monster. The things the monster has to say is raw and powerful but painful also and Conor finds it difficult to cope sometimes resulting to the extreme which ultimately leads to more pain. “You were merely wishing for the end of pain. Your own pain. An end to how it isolated you. It is the most human wish of all.” Conor’s journey is heartbreaking to watch, painful but powerful.

Monster–The monster tell us three stories; each poignant, each unexpected and each a truth. We’re never quite clear of the monster’s intentions, all that we know is that he is wild and old. He arrives seven minutes after midnight each time to share a truth with Conor, these truths resonate not only with Conor but with the reader as our fears and dreams cling to the monsters words.

This stopped him. Because they didn’t, did they? That’s one thing the monster had definitely taught him. Stories were wild, wild animals and went off in directions you couldn’t expect.”

The monster represents the harsh truths we don’t want to face. He shows us our conflicting emotions in a physical form, proving that we are complicated beasts. And as the monster makes you face the worst waves of pain, he stays by your side until you are strong enough to let go and move on.

Review of the Story:

It’s hard to put into words what the story does to you, it more than resonates, it engulfs you. I’ve never read a story so packed full of raw emotions and so enlightening  at the same time. Everyone can find something to connect to in this novel, EVERYONE.  “The answer is that it does not matter what you think, the monster said, because your mind will contradict itself a hundred times each day. You wanted her to go at the same time you were desperate for me to save her. Your mind will believe comforting lies while also knowing the painful truths that make those lies necessary. And your mind will punish you for believing both.” This story explores the underlining truths of what makes us human and told in a way that transcends age.

Told through Conor’s eyes and felt through the monster’s truths, this story is truly one of a kind and one that will not be forgotten.

Review of the Writing:

Patrick Ness says this in the author’s note, “Stories don’t end with writers, however many started the race.” And he truly embraces this theory. He gives us enough to lead us in the right direction but he never paints the whole picture. He wants the reader to take their own interpretation of the story, their own meaning, and he accomplishes that and more.

I think the best novels let you do the thinking which is all up to the writing. This is one of those novels.

If you only read one book this year, let if be A Monster Calls, it tells so much about human strife in 200 pages. You will cry and you will feel the raw power that this novel contains. Please, please, read this novel. It will change you.

P.S.– My next read is I Am Number Four by Pittacus Lore

9 thoughts on “A Monster Calls by Patrick Ness” 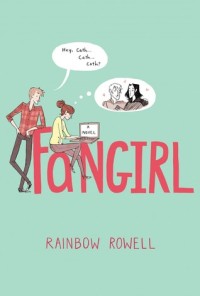