Good evening fellow readers! So of course I found a new challenge to participate in the hopes of proving myself better than the last. I picked up this challenge from The Chronicles of Radiya and very much look forward to 30 consecutive (hopefully, gulp) days of blogging.

This can be said without any hesitation, To Kill a Mockingbird by Harper Lee.

Let’s face it, they don’t call it the novel of the century for nothing! In case you don’t know what the novel is about, here is the blurb on the back of the book:

“Shoot all the bluejays you want, if you can hit ‘em, but remember it’s a sin to kill a mockingbird.”– A lawyer’s advice to his children as he defends the real mockingbird of Harper Lee’s classic novel– a black man charged with the rape of a white girl. Through the young eyes of Scout and Jem Finch, Harper Lee explores with rich humor and unswerving honesty the irrationality of adult attitudes toward race and class in the Deep South of the 1930s. The conscience of a town steeped in prejudice, violence, and hypocrisy is pricked by the stamina and quiet heroism of one man’s struggle for justice– but the weight of history will only tolerate so much.”

I think that what I love most about his novel is the fact that it’s told from 6-year-old Scout’s point of view. For some reason, a child’s perspective paints an accurate picture of reality in way that an adult’s perspective can’t. It’s because a child is still innocent and not yet swayed by adult notions. The best example of this is the scene where a group of men are on the verge of hurting Atticus and Scout stops them by asking after their children. She doesn’t see the danger and it is because of this that she was able to save him.

While the story ends sadly for a few characters it also provides a good amount of laughs (like when Jem was proud of the fact that he knew the Egyptians invented toilet paper). The reader gets to follow Jem and Scout on their adventures and watch as their innocence is stripped away when an innocent black man goes to trial for rape.

It’s truly a novel that everyone should read for anyone can take something away from it. “The one thing that doesn’t abide by majority rule is a person’s conscience.” This novel is the back bone of American literature and I definitely recommend it! 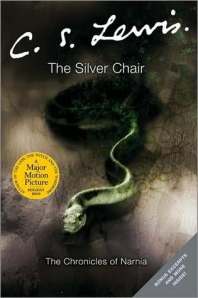